Angela Constance MSP has once again raised Kirsty's case in Holyrood, following the latest disappointing blow following newspaper reports that the Spanish authorities are drawing a line under the investigation.  Following the recent revelations,  Kirsty's family and legal representatives have rightly criticised the investigation as apathetic, inept and inefficient, with some serious errors.

Ms Constance said "I do not expect the First Minister to comment on a legal case, but I do expect both the UK and Scottish Governments, within the scope of their powers, to do more to support families who are affected by deaths abroad.  I appeal to the First Minister to say when we can offer families such as Kirsty's something more than our condolences."

The First Minister, who has previously met Kirsty's family, acknowledged the anguish that the family continue to suffer, giving a commitment that the Scottish Government are exploring the issue further through the victims task force, which will be informed by the experiences of victims themselves.  The Scottish Government confirmed that they also await the report of the UK APPG on deaths abroad and consular services to inform how they might make progress on the issue.  That report is due to be published imminently.

An extract from the Official Report can be viewed here - 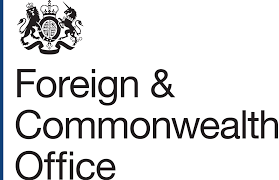